So Friday the Big Brown Truck dropped off the honey extractor.  I have to work this weekend, so I won't have time to do anything with it.  And some of the other accessories I ordered from other suppliers haven't arrived yet (maybe Tuesday).  Maybe I can get some honey next weekend. 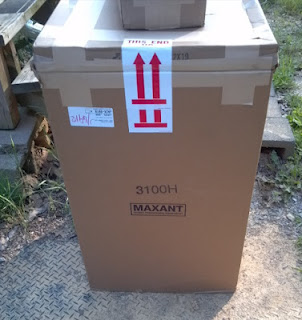 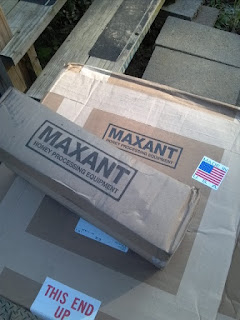 Yesterday I placed my order for a Maxant 9-Frame Extractor.  I ordered the hand crank model and the power conversion kit.  I want to be prepared for any circumstances, plus get experience in different facets of extracting.  I also ordered an electric knife and uncapping comb from Mann Lake (free shipping on orders over $100), and some other accessories from Kelley's Bees.  I'm really hoping the bees keep going like they are currently going.  Plus, I'll have frames with drawn comb (like money in the bank).

So far we've had adequate rain and the clover (and other flowers, shrubs, and trees) have kept blooming.  I sewed some more clover the other day and I'm hoping that comes on in a week or so.  It's going to turn hot this weekend (highs in the mid 90's).  Maybe there will be some scattered showers/thunderstorms that go along with it.

So now the wait until things get here.
Posted by Greg at 7:53 AM No comments:

The main hive is buzzing along nicely.  Two medium supers are full of honey.  I put a third medium super on it today.  I am going to call Maxant Monday and order an extractor.  I hope things keep going this well.

On the other hand, I looked in the split and saw a lot of drone cells.  I guess I have a laying worker.  After I extract the honey supers from the main hive, I'll probably pull a frame or two of eggs and put into the split to see if they'll make a queen.  It would be too much work to remove all the supers to get into the brood boxes at this point in time.

A Sour Dilemma With A Sweet Solution

Looking in the hives today and the split hasn't started blossoming yet.  So I thought I'd look into the first hive to see if they were making any honey.  Well, the honey super was FULL!  I looked in the shed and all I had were 8-frame boxes, which are two frames short of the 10-frame hive.  Just my luck!  Well, after giving the matter some thought, I figured the best thing I could do would be to pull a frame to harvest, and give them an empty frame to give them something to do until I could order some more 10-frame boxes and frames.

Here's the frame I pulled: 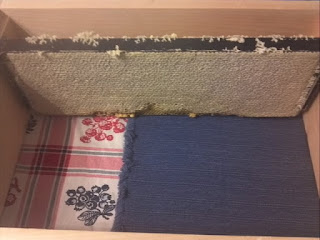 I didn't have time to look for my bee books to figure out how to get this into a jar.  Luckily, I had seen a youtube video last week about a person scraping the comb into a strainer and into a jar.  I didn't have much equipment in the house.  My wife does a lot of canning, so I borrowed some of her equipment (which worked out very well) and gave it a shot.  I used a spatula to scrape off the comb into a tea strainer type deal, which caught the comb and big stuff.  Then I used a layer of cheese cloth to get the finer stuff out. 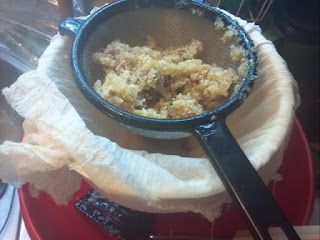 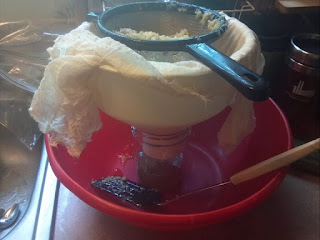 I got a quart from the main flow from the comb. And I left it draining overnight into a pint jar which will probably be nearly filled by the morning. 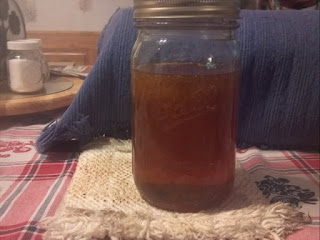 I'm excited!  My first honey and it tastes great!  It's not the optimum way to do things, and I have ordered some more boxes and frames.  But it's a start and hopefully more to come!
Posted by Greg at 1:40 AM 1 comment: